Obasanjo lashes out at governors over funds misapporopriation

Former president, Chief Olusegun Obasanjo, has lambasted certain state governors, over their roles in plunging the masses into poverty.  Chief Olusegun Obasanjo Chief Obasanjo lashed out at some governors who he said had made themselves lords in their various states, using their positions to steal from the state’s treasury and misappropriate funds allotted to the local governments.

Obasanjo made the remarks at the conference of Ibadan School of Government and Public Policy (ISGPP), Ibadan, Oyo state. He said: “Now, we have a situation where some governors have become sole administrators, acting like emperors. These governors have rendered public institutions irrelevant and useless in the manner they starve local governments their legitimate funds from the federation account. “When governors take their money, the chairmen of councils take the balance of the money and put it on the table and share it out among the council members. In some states, governors have hijacked the resources of local governments and expended them to serve their whims and caprices instead of using these resources to galvanise growth and development”. While dissecting further the state of socio-economic affairs of the nation, especially the initiatives of the current administration, Obasanjo returned a verdict of doubt. He said: “The problem today is that it is doubtful if the current administrative system is imbued with right mix of skills and values to successfully implement a well-articulated programme of change.” The ex-president who recalled how he led Nigeria to exit the Paris Club and how he pursued public service reforms, regretted that the gains he made had been reversed, averring that the country was on its way to another debt burden unless the rising debts were creatively addressed. Obasanjo stressed the need for government to kick out all forms of corruption in the polity, provide jobs for unemployed youths and be committed to change. 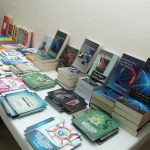