Made in Nigeria: A Dream or Possibility

The Nigerian development predicament has so many dimensions from which one can begin to unpack its meaning and solutions. But there is only one way Nigerians experience all these dimensions of economic disarticulation and policy incoherence: extreme suffering. This suffering is aggravated by the indices of our development dilemma—jobless growth phenomenon, infrastructural deficit, illiteracy, unemployment, zero-level poverty, income inequality, very low mortality, institutional crisis, and so many more.

Understanding the implication of Nigeria’s development predicament is theoretical, but alleviating the sufferings of Nigerians requires, as a first condition, a mix of theoretical and experiential understanding of what has gone wrong and how the elements of positive development can be put together in an enabling policy framework that will deliver the dividends of democratic governance to the Nigerian citizens. We need to first understand, for example, why government policies fail to deliver the dividends of democracy, and how these policies can be calibrated to do what government intended them to do in the first place.

One good way, therefore, to understand Nigeria’s development problem, since independence, is to beam the searchlight on the gradual but steadily growing discrepancy between Nigeria’s productive capacities and her increasing but debilitating consumptive patterns. Since the 80s, and after the terrible logic of oil has become firmly established, Nigeria’s productive energies have gradually lagged. Today, the Nigeria state has reached an unenviable point at which we consume what we do not produce. This is one of the most significant and counterintuitive occurrence in development studies. There is no country that achieves any real and sustainable development by depending essentially on others to produce what it consumes.

But unfortunately for Nigeria, we discovered crude oil, and every other thing became moribund. With oil, Nigeria became a high consuming state, its economic structure became essentially mono-cultural and driven by what Alfred Marshall calls “negative production”—a weak productive capacity that ensures that, in order to feed its growing consumptive pattern, a state imports what it possesses the capacity to produce. A gloomy statistics tells the rest of the story. Nigeria’s importation of especially major staples like rice, wheat, fish, and sugar has grown to an alarming $11million recently. The cumulative total amount spent on the importation of rice and wheat between 1960 and 2013 is $28.4billion. And even though Nigeria is a major world producer of rice, we have now become the second largest importer of rice in the world from an annual average of one thousand metric tons between 1961 and 1971 to a peak average of 2.5 million metric tons in 2012.


Nigeria’s production of cocoa and cassava where we have huge comparative advantages has lagged tremendously, especially due to the fact that only 50% of Nigeria’s 71million hectares of cultivable land are under current use. Cocoa production has slide to an 8% global output from its original 20% after independence. The domestic manufacturing industry has suffered from lack of electricity, low technological development and high interest rates. Even the oil and gas industry has remained disappointingly sub-optimal with a growing discrepancy between average crude oil production per day (2million bpd), installed refining capacity (445’000bpd) and actual average refined product (82’400bpd). This has undermined the tantalizing possibility of Nigeria becoming a hub for refining and exporting petroleum products through effective development of the crude oil value chain.


No one ought to be surprised therefore at the multitude of Nigeria’s economic challenges: declining global demand for crude oil resulting in negative price shocks, decreasing foreign exchange inflows, plummeting foreign exchange reserve, increasingly weakening currency, poor and inefficient infrastructure especially power and transportation, high dependence on oil revenues by all levels of government, increasing State Governments’ debt obligations especially of workers’ salaries, weakening domestic consumption, etc. All these have dealt a huge blow to Nigeria’s quest for a self-reliant and self-sustaining economy functioning on the optimal production of local goods and services. The Nigerian economy is essentially a consumerist economy: pencils, toothpicks and toothbrushes are major imports for Nigeria; our MDAs now effectively run on imported generators!

And so in a globalizing world given to a neoliberal capitalism economic ideology, Nigeria does not stand any chance of making her democratic experiment a truly empowering system that not only liberate the citizens capacities to become whoever and whatever they want to become, but to also protect them from the vagaries of a global system that is unequal in terms of its benefits and advantages. The global capitalist dynamics is mightily skewed against less developed and non-industrialized countries, especially those beholden to the Washington Consensus and its many crippling conditionalities. Globalization is often couched in glorious terms.


Thus, Kenichi Ohmae could say bluntly: “In a borderless world, traditional national interest—which has become little more than a cloak for subsidy and protection—has no meaningful place.” Everything is thus deterritorialized and denationalized. But citizens are not satisfied based on global trappings; they are satisfied on the basis of a national development interest that plans for their future. Take the consumerist ideology, for instance. Inspite of their modernising and globalising potentials, when Shoprite and KFC and Coca Cola, multinational companies, and other features of the global consumerist culture invade our national space, local industries and local initiatives suffer and die. National development has one fundamental goal—the harnessing of a nation’s human and material resources towards the empowering of its citizens’ capacities. And national development paradigms are always at the mercy of global capitalist interests and alliances that attempt to swamp it under the burden of aids, loans, and bilateral relationships.


No nation can ever hope to survive except it is prepared to look inward towards a self-sustaining economic paradigm that draws in the strength of global economies to stand. Bill Clinton hits the nail right on the head: “The only preparation for prospering in the global economy is investing in ourselves.” And investing in ourselves begins from directing the entire policy architecture of Nigeria to reversing the consumption-production discrepancy. It implies a rigorous attention to local goods and services, and to the enabling of local content.

The Local Content Act of 2010 was enacted specifically on behalf of the oil and gas industry. It was meant specifically to reverse the trend that sees foreign expatriates and interests dominating the petroleum industries, as well as increase the capacities of the industry through local human and material resources. The Act is geared towards “…the quantum of composite value added to or created in the Nigerian economy by a systematic development of capacity and capabilities through the deliberate utilization of Nigerian human, material resources and services in the Nigerian Petroleum Industry”. If properly implemented, the fundamental clauses of this Act—value creation, development of capacities, utilisation of local resources—are sufficient to serve as the kernel of a national development plan that addresses Nigeria’s production troubles. These are the essential elements a nation requires to champion an economic philosophy of self-reliance and self-sustenance that could backstop democratic governance and its imperatives.


But the “if” of policy implementation in Nigeria is a very huge one, considering that reforms are easy to come by but not easy to see through to their logical conclusions. The policy environment in Nigeria is a tough one that is encumbered by political and other extra-policy matters that drag and impede policies from achieving their true democratic intentions. With our increasing orientation towards everything foreign, we have no choice if we must move forward and become development—we need to produce what we consume or consume what we produce. 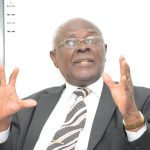 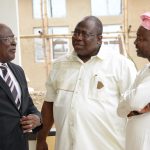