The group, which has 25 members, was inaugurated yesterday at the school’s board room in Bodija, Ibadan.

The think-tank is made up of experts on governance, media, institutional reform, macroeconomics, energy economics, trade and tariff policy, demography, social statistics and local government and rural development.

Inaugurating the body, the school’s Executive Vice Chairman, Dr. Tunji Olaopa, explained the mission of the school was to rethink the governance space in Nigeria and Africa, so as to “get government to work better”.

According to him, in this era of change when the nation is seeking to migrate from the bad policies of the past, the school, which he said is research-driven, will mobilise expertise to get those in government to perform optimally.

Dr. Olaopa said the aim of the school was to grow to become a national think-tank and resource centre for policy-makers.

He said that the think-tank was at two difference levels, one with Professor Akin Mabogunje as chairman and the other which was being inaugurated. 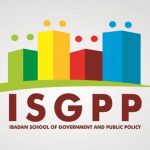 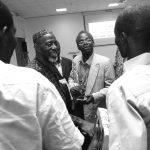