The Ibadan School of Government and Public Policy did noble last week. The Readers’ Club put together by the school got underway. The idea behind the club, as the name suggests, is to revive the dying reading culture in the country, which is dealing telling blows on authors and newspaper publishers. 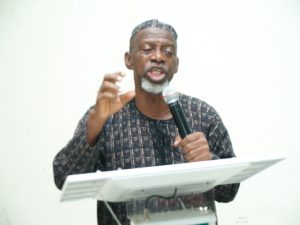 Odia Ofeimun speaking at the Maiden event of ISGPP’s ReadersClub

Books convey knowledge and intelligence which can edify human beings. But that does not seem to resonate well with many Nigerians particularly with our young ones who are addicted to the social media and networking sites. It is often said that if you want to hide something from Nigerians, put it in a book.

So it was that to rev up the reading culture that we, members of ISGPP Readers Club, gathered at the International Conference Centre of the University of Ibadan Thursday last week for the public reading of one of the recent books of poet and critic, Mr. Odia Ofeimun. The nine-chapter book entitled “Taking Nigeria Seriously,” dissected the various facets of the problems plaguing the country at present as if Ofeimun could vividly see tomorrow like Nostradamus. Yet, the book is a compilation of articles he had ever written, though like an Awoist that he is, his articles drank from the thoughts and beliefs of his mentor, late Chief Obafemi Awolowo, whom he once served as Private Secretary. 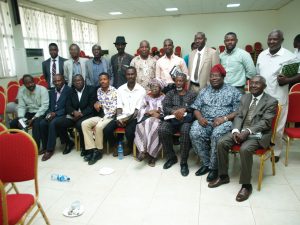 Ofeimun who began the debate said the bulk of the nation’s woes could be linked to the fact that Nigerians and their leaders do not take the country seriously in all their interactions with the nation. And in articles like ‘Educating the Educators,’ ‘Saving the Naira to Fix Nigeria,’ ‘Resource Control and Beyond,’ among others, he offered real ideas on how to resolve some of the knotty national issues.

Educationist Prof. Bolanle Awe, former Dean of Postgraduate School, University of Ibadan, Prof. Olabode Lucas, former Permanent Secretary and Vice Chairman of the ISGPP, Dr. Tunji Olaopa, Prof. Remi Raji, Prof. Bimpe Aboyade, Dr. Doyin Ajuwon, Mr. Kolade Mosuro, among others all raised thought-provoking questions about the Nigerian state and proffered what they consider to be true answers. There was no dull moment throughout the three or so hours we spent at the session. Such was the enthusiasm showed at the event that the club has already identified some sets of books out of which one would be read at the next meeting. Two of the books identified are ‘There was A Country’ by late Chinua Achebe and ‘Power, Politics and Death’ by our own Olusegun Adeniyi. 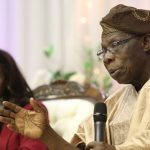