Reflecting on Kingsley Moghalu’s “Build, Innovate and Grow: My Vision for our Country”

By Olusola Bodunde
Posted August 31, 2018
In Featured, ISGPP's ReadersClub, Politics, Reviews
Reflecting on Kingsley Moghalu’s “Build, Innovate and Grow: My Vision for our Country”2018-08-312018-08-31http://isgpp.com.ng/wp-content/uploads/2018/02/logo_full_dark.pngIbadan School of Government and Public Policyhttp://isgpp.com.ng/wp-content/uploads/2018/02/logo_full_dark.png200px200px
0

The Nigerian desire for a quality life is longstanding. Unfortunately, the actualisation of this dream has remained elusive despite the various promises, agendas, visions, of successive governments. It is therefore understandable that Nigerians are cynical about promises by the political class, particularly as elections draw closer. This was the mindset with which I picked a copy of Build, Innovate and Grow (BIG) written by former Central Bank of Nigeria (CBN) deputy governor, Professor Kingsley Moghalu. BIG details what could be termed Moghalu’s vision for Nigeria; and could also be considered as his political manifesto since he is a presidential aspirant for the 2019 Nigerian General elections.

However, as I read the 257-paged-book and reflected on the 25 visions or if you like, pillars of the author’s developmental agenda for Nigeria; I was impressed by its deep rootedness in intellectual and philosophical postulations; the practicality of some of the solutions he proposed and the reader-friendly style of the narration. Without attempting to regurgitate the contents of the book, this review will focus on some of the core issues that were raised in the book.

Worthy of mention is the author’s recognition that history should always be leveraged on in interrogating the past, understanding the present and predicting the future. Moghalu referred to four historical events which have defined Nigeria as: the 1914 amalgamation; the 1951 regional elections in Ibadan; the January 1966 coup d’état and the Nigerian Civil War (1967 to 1970). While I agree with the above, I would add June 12, 1993 annulled election as another important episode in our national history. It is pertinent to highlight the unfortunate reality of our unpleasant past. This is because in most cases we have failed to remember not so much as to forget our past; but rather in order not to confront it and to create a unifying narrative thereafter. Consequently, our selective memory have only inflamed our current political realities; as virtually all parts of Nigeria are crying against one form of real or perceived injustice from the past.

This is why low-scale conflicts such as the neo-Biafran agitation, restiveness in the Niger Delta, religious extremism, resource conflict between farmers and herdsmen amongst others are perennial in Nigeria. In the case of the neo-Biafran agitation for example; findings from a recent personal study on Nnamdi Kanu led Indigenous People of Biafra (IPOB) reveal that memories from the Nigerian civil war play an important role in the construction of the anti-Nigerian narratives by the leaders of the group; a phenomenon that sustains the struggle. It is therefore obvious that until the generation that witnessed the war (from both sides) become brave enough to guide the younger generation truthfully so as to avoid the mistakes of the past; the agitations will subsist.

Closely linked to history is the issue of our multi cultural identities and how they have made the actualisation of national unity difficult in Nigeria. The author noted that: we are more divided now than at any time before or after the civil war; an assertion which in my opinion, is only applicable to the non elites. My conviction is that our major challenge as regards unity is our self-serving and predatory political elites who manipulate our ethno-religious identities to their own favour and in support of their interests. Thus, our division is class-induced and is seldom a product of primordialism. Most members of the Nigerian elite class remain friends once their interests are protected. The spate of party defections going on at the moment, where sworn enemies are suddenly dinning and hugging each other supports the above assertion. This same opportunistic class have ensured that we do not restructure nor move beyond the anti-developmental and quasi-federal system of government that we operate.

The book also highlights the need for the inclusion of women and youths in the leadership and governance process in Nigeria. Moghalu advocated that we move beyond tokenism with regards to youth and women inclusion in politics by confronting issues such as poverty, illiteracy, cultural nuances etc that have  made it difficult for a change in status quo. He also spoke specifically through his letter to Nigeria’s 60 million youths on how they need to use their numbers to ensure we have the right leadership. As noble as these ideas may seem, I consider it an gapping oversight that Moghalu’s BIG provided no clear strategy for simplifying this message for the other Nigerian youths who unfortunately constitute the majority of the entire youth population and are easily amenable to manipulations by the political class, due to lack of education and frustration by the system.

To re-emphasise the role of citizens in the governance process, Moghalu made reference to the Office of the Citizen as an important role that can ensure good governance in Nigeria. He argued that this could be done when citizens consistently demand accountability and transparency from the government. Except if we are able to conquer the temptations of our major fault lines (ethnicity and religion) in Nigeria, this office might be largely ineffective. Once statements such as na our turn to chop; im no even do anything for im people, he is our son and we must support him; very soon our person will enter remain common among the citizens; the Office of the Citizen will not achieve its potentials outlined by the author. Moreover, the vote buying during episodes during the last Ekiti State governorship elections highlights the increasing transactional relationship between Nigerian politicians and citizens of the country. When we thought we were getting over rigging, we now find ourselves in a more dangerous one; citizen collaboration in electoral malpractices through vote selling.

In proffering solutions to Nigeria’s economic challenges, the author who is a London School of Economics and Political Science (LSE) trained economist argued that capitalism remains the greatest creator of wealth and economic development. However, he added that it would be in the best interest of Nigeria to adopt entrepreneurial form of capitalism which is driven by small firms and the informal sector and not the current crony (oligarchic) capitalism in practice. Furthermore and in line with the views of Hernando De Soto, Moghalu identified land, innovation and capital as essential ingredients for successful capitalist economy. Consequently, he proposed that the Nigerian Land Use Act should be abolished because freehold of land provides access to capital and supports innovation.

One of the most interesting segments of BIG is its identification of innovation and intellectual property as key ingredients for national development. We must go beyond media celebration of local innovations and start following them up with adequate government and societal support. For example, the recent achievement of five young Nigerian girls from Regina Pacis Secondary School, Onitsha by winning the World Technovation Challenge Competition in the USA must be supported beyond media celebration. Similar to the issue of innovation is the reality of the Nigerian education system. There is need for a restructuring of our curriculum, style of pedagogy and mode of recruitment for teachers and students in our institutions of learning. Instead of forcing students to study courses that are less likely to meet the needs of our present society; the curriculum should be adapted for the current required skills of the period. Also, recruitment of staff for our educational institutions should be based on merit and should not be used as prebends to satisfy political and primordial loyalists.

Having lived and worked outside Nigeria for almost twenty years, Prof Moghalu made an important case for the inclusion of the Nigerian Diaspora in the conceptualisation and implementation of development agenda for the country. He argues that, Nigeria cannot become a great nation unless our diaspora play their unique role in nation building. This is supported by data that shows that Nigerian migrants as one of the most productive set of immigrants as we have the highest remittances in Africa and the sixth largest in the world. But beyond the economy, it is important to add that Nigerians in the diaspora are also influencing politics at home. For example, the fact that most of the funding for the neo-Biafran agitation, comes from Nigerian citizens abroad confirms the above. It is therefore very important that the Nigerian government devises a strategy for engaging her citizens in the diaspora to support development and not conflict at home.

But of all the issues raised in the book, what I consider the most striking is its emphasis on the fact that development in Nigeria might not be feasible without strong institutions; as it can bad leadership in check. We need strong institutions not strong leaders (apologies to Barrack Obama) in Africa nay Nigeria. Consequently, appointments into public institutions should be based on professional competence and character; corporate governance should guide public institutions.

Professor Kingsley Moghalu’s book is not perfect as there are certain issues that were not given adequate attention. These include party politics and its effect on governance and development in Nigeria; labour unions and how they influence policy options and actions of government (positively and negatively); as well as a clear strategy for simplifying these lofty visions to facilitate the buy-in of ordinary Nigerians. Nonetheless, I think Moghalu has done himself and his country a great service by documenting his thoughts on how we can apply innovation to build and grow Nigeria. This is therefore, a laudable effort in addressing the issues we face as a country. I would recommend the book for policy makers, development scholars, politicians and indeed anyone who is passionate about development in Nigeria.

Tobechukwu is the Research and Programme Manager at the Ibadan School of Government and Public Policy. 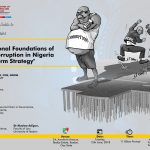